This is one of my fave mascaras so far. Of course the faux gold packaging helps to add to the repertoire of the the entire mascara system. Although I like this mascara, it had to grow on me over time. One reason being was that the wand is rubber and I prefer a brush applicator. Nonetheless, the applicator though rubber, has an almost brush like application, because the teeth are numerous and 360 up and down the wand. The applicator is quite large, so it not conducive to the bottom lashes unless you have really long ones. It is however, great for the corners, because the tip has a defined point. The look I got from million lashes was just that, voluminous. I can’t say it made my lashes appeared thicker, but it did enhance the look of them in making them look full. 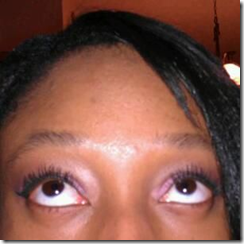 Recommendation: I definitely recommend million lashes to those who are looking for a full, voluminous look.  It’s a bit on the pricey side for mascara, but I not so much to the point that its close to department brand mascaras like Dior Show, et al. Its relatively easy to remove with baby oil or makeup remover.  This mascara lasts all day, so you won’t find yourself having to re-apply several time throughout the day to maintain the voluminous look.  Also, this mascara does not flake, which is a huge A+ in my book, because I hate nothing more than a flakey mascara.  I have pretty sensitive eyes and I’ve had absolutely no issues with it irritating my eyes, even when removing it.

Error: Twitter did not respond. Please wait a few minutes and refresh this page.